When it comes to litigation, you can’t have two bites at the cherry

The High Court has determined that a Defendant is not permitted to take a tactical decision to hold back a part of their case in reserve for use in future litigation against the same or related parties.

Details of the case

Decision of the Court

What can we learn from this case?

While Plaintiffs enjoy rights in relation to access to the Courts, it is clear that cases will be struck out when they seek to re-litigate the same issues with a view to delaying the rights of other parties, which in this case involved the right of a Receiver to take possession of a property over which he was appointed.

Based on the facts of any given case, it may be possible for a Defendant to avoid incurring significant legal costs by having proceedings struck out at an early stage if it can be shown that an abuse of process has occurred. 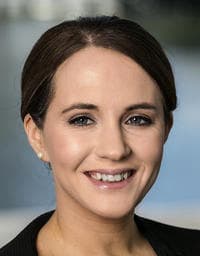 Fiona is an associate in our litigation & dispute resolution team. Fiona works with financial institutions, individual and corporate clients and public bodies and she specialises in contentious matters.

Fiona has particular experience in advising financial institutions on the necessary legal procedures regarding the recovery of outstanding liabilities and the obtainment of possession orders in commercial matters.