The defendants, a husband and wife, took out a mortgage with the plaintiff in 2006 for the sum of €404,585. However, by mid-2007, the defendants had stopped making regular payments. The plaintiff issued proceedings and in 2008 an order for possession was made against the defendants. This order prompted the defendants to start making repayments once again, but by 2012 payments had ceased completely. In the nine years since then, four payments totaling €5,000 were made.

In 2018, after several years of non-payments, the plaintiff was granted leave to issue execution of the order for possession by Mr Justice Barniville in the High Court. Following this, the High Court issued an order of possession in 2019, which was executed in March 2020 through the eviction of the defendants. However, thirty minutes after the eviction took place, the defendants re-entered the house after the first defendant claimed he had been given permission to re-enter by the eviction team and found the lock “with the key in it discarded on the pathway”. The plaintiff then issued proceedings to remove the defendants as trespassers in September 2020. In the proceedings, the plaintiff sought an interlocutory injunction requiring the defendants to vacate the premises.

The second defendant appeared on her own, as she and the first defendant had separated and he had since left the property. Her defence was based on three grounds. Firstly, she claimed the execution order, granted in 2018, had expired by the time of the eviction in 2020. Furthermore, she suggested the application to recover possession had lapsed as the original order for possession was more than twelve years old. Secondly, the wife believed she had not been served with the proceedings and was unaware of the order for possession, because the plaintiff failed to tell her of the mortgage arrears during any discussions, and her husband had dealt with all post they received. Finally, she claimed the plaintiff had knowingly allowed the defendants to remain in the property and that she was told by an employee that she could take legal action against the plaintiff because she "did not know what was happening".

Ms Justice Butler in the High Court rejected the defendant's claims, stating that the order of possession in 2019 meant that the 2018 order was "effectively spent". The Court determined that the 2019 order was in fact an execution order and therefore the plaintiff had not breached the statute of limitations in their eviction. Furthermore, the Court held that the only way the defendant could have been unaware of the proceedings was through a "willful determination to ignore them" and the inconsistency surrounding her statements outlining her marriage breakdown meant she could not rely on it as a defence. Finally, the evidence regarding the defendant's re-entry was determined to be hearsay. Accordingly, the Court felt that there was not enough evidence to permit the defendants to stay in the property pending the outcome of the proceedings and granted the interlocutory injunction.

The defendants failed to convince the Court that the balance of justice favored allowing the defendants to remain in the house pending the outcome of the proceedings, nor did they persuade the Court that the least risk of injustice would be allowing them to stay. The Court found that the plaintiff had satisfied the threshold test for an interlocutory injunction and on that basis granted the application. 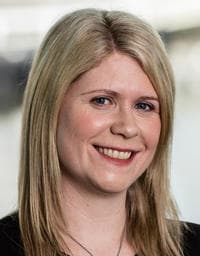 Ciara is partner in our litigation & dispute resolution team. Ciara has extensive experience advising clients, from both a plaintiff and defendant perspective, across a wide range of contentious matters. She has particular experience in claims involving professional negligence, debt recovery and enforcement, financial services litigation and medical negligence.