Application of EU Sanctions Regime to Russia and affiliated entities

In the aftermath of Russia's invasion of Ukraine, the Central Bank of Ireland (CBI), like many other international state actors and Central Banks have published details of new restrictive measures / sanctions that are to be adopted.

The CBI provided guidance to credit and financial institutions as follows:

If parties are aware of possible violations of any EU sanctions, they can bring this to the attention of the European Commission by voluntarily providing information through the EU sanctions whistleblower tool.

As of 22 March, the CBI have published amendments to the Sanctions Lists on 23 February 2022, 25 February 2022, 28 February 2022, 2 March 2022, 9 March 2022 and last on 15 March 2022. The published sanctions extend to a wide range of Russian business interests, banks and public officials and limit access by certain Russian entities to EU Capital Markets, prohibits the listing or provision of services in relation to shares of Russian state owned entities, and limits financial inflows from Russia to the EU by prohibiting the acceptance of deposits exceeding certain values from Russian nationals or residents, or the selling of Euro denominated securities to Russian clients.

The sanctions regime targeted at Russia is one of the widest ranging sought to date and the first time such measures have been applied against a G20 economy. The unprecedented measures such as excluding Russian banks from the SWIFT payment system also reflect the seriousness with which economic pressures are being sought to be placed on Russia. It remains to be seen how effective this form of economic war and sanctions regime will prove to be in the context of a major state actor such as Russia. 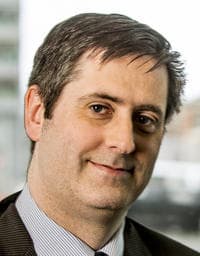 Daniel is partner and head of our banking & finance team. Daniel works with Irish and international financial institutions and has broad expertise in corporate lending, including acquisition finance, construction finance, project finance and secured lending.