The Government recently announced details of the design principles for the long-awaited auto enrolment (AE) pension scheme for employees and employers.  These principles will then inform the drafting of the implementing legislation. AE has been on the political agenda for several years and was the subject of a public consultation process in 2018.  To date Ireland is the only OECD country without an AE scheme or equivalent means of promoting savings.

The rationale for setting up the scheme is to try bridge the pension gap.  Research has shown that not enough people have supplementary pension coverage to help maintain a reasonable standard of living in retirement above the level of the State pension. According to the CSO, the number of workers who expect the State pension to be their main source of income has risen from 26% in 2009 to 36% in 2015*. A sharp fall in pension coverage is cause for concern for all of us because the increase in reliance on the State pension will place even more pressure on already strained resources. Therefore, AE is seen as a potential viable solution to the pension problem. The scheme is premised on simplifying the pensions process for employees, and it aims to encourage people to be more financially aware of the importance of saving for their retirement sooner rather than later.

Detail of the scheme

AE is a system where employees who do not have an occupational pension are automatically enrolled into a retirement scheme.  It will apply to all employees who meet certain age and earnings thresholds, and who are not already members of an occupational pension scheme. Although it is essentially voluntary it will operate on an "opt out" rather than an" opt in" basis. Those people who choose to remain in the system will have their pension savings matched on a one-for-one basis by the employer. Employees will be required to make certain minimum contributions to a pension scheme and employers will be obliged to match those contributions, which will then be topped up by the State. The employee, their employer and the State will contribute to the scheme, with the contributions ( based on a percentage of gross income) increasing on a phased basis over the first ten years after introduction of the system, as shown in the table below:

Employers and the State are not required to make contributions on earnings in excess of €80,000.

While the scheme is good news for employees AE will have financial implications for employers who do not currently offer access to an occupational pension scheme. Employers will need to start thinking about how they plan to address this financial impact and it is important they continue to monitor developments over the coming months to ensure they are adequately prepared.

While it was originally expected that the legislation to set up the AE system would be in place by the third quarter of 2023 with an expected commencement date of the first quarter in 2024, there are now emerging doubts in the industry whether this anticipated timeframe will actually be met. Once the Bill is finally published, we will provide a further update. 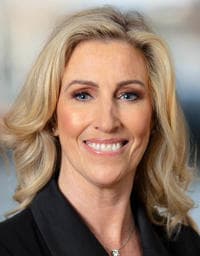 Jeanne-Marie Moriarty is a partner in our financial services and regulation team.