Can a litigant be compelled to make a data access request to aid discovery?

In a recent application, the High Court had to decide on the novel question of whether a defendant should be ordered to make discovery of documents that he can obtain on foot of a request under the Data Protection Acts.

Susquehanna International Group Limited (SIG) sought injunctive relief against a former employee, Mr Needham.  SIG claimed that Mr Needham had assisted his new employer Citadel LLC with recruitment of other employees who had previously worked for SIG by using confidential documents, obtained in the course of his employment, regarding SIG’s employees and business relationships. The employees had been recruited through a recruitment company, Execuzen Limited. SIG claimed that Mr Needham breached the express term of his contract of employment with SIG in which he agreed not to hire or solicit for employment or otherwise attempt, directly or indirectly, to provide any information for use in connection with the possible hiring or solicitation of any other SIG employee.

SIG sought discovery from Mr Needham of a number of categories of documents. One of the categories of documents sought was all documentation relating to his interaction with Citadel LLC and Execuzen Limited. The request was caveated as follows “but strictly without prejudice to the generality of the foregoing, all such documents held by Citadel and Execuzen that the defendant can obtain on foot of data protection requests.”

The primary question the Court had to determine was whether Mr Needham could be requested to provide discovery of documents which would be available to him on foot of a data access request.

Arguments that the documents within the defendants “power”

SIG argued that the category of documents was within Mr Needham’s “power” to obtain and relied on the test identified by Lord Diplock in Lonrho Ltd v Shell Petroleum [1981] 1 WLR 627. In that decision, Lord Diplock concluded that “power” meant “a presently enforceable legal right to obtain from whoever actually holds the document… without the need to obtain the consent of anyone else. Provided that the right is presently enforceable, the fact that for physical reasons it may not be possible for the person entitled to obtain immediate inspection would not prevent the document from being within his power”.

In light of this, SIG argued that a document is capable of being the subject matter of an order for discovery if the document, while not in Mr Needham’s possession, is one he had a legal entitlement to obtain.

Mr Needham argued that it was wrong, as a matter of principle, for a person to be compelled to use data protection processes to achieve a purpose, which more properly should be achieved by an order for discovery or non-party discovery. He also argued that SIG was attempting to bypass the judicial process and the correct approach was to seek non-party discovery against Citadel and Execuzen.

Ms Justice Baker found that Mr Needham had a “unique right” to seek certain classes of documents. While the discovery request was couched in the language of contemporary data rights, the class of documents requested is a type of document that could be sought. The Court rejected Mr Needham’s argument that the documents sought were information of a personal or confidential nature.

The Court concluded that the request for discovery was not an attempt to use data protection law for a collateral purpose. Ms Justice Baker concluded that Mr Needham could be compelled to obtain documents which are within his power by making a data access request. Mr Needham was directed to make discovery of all documents that are reasonably available to him by means of a data access request and to take reasonable steps to procure the documents by such means.

This case (which is under appeal to the Court of Appeal) affords litigants with an interesting pathway to obtaining documents from an opponent by compelling them to make a data access request. While non-party discovery is a method of obtaining documents held by parties not involved in the proceedings, the strategy deployed in this case circumvents the requirement to make non-party discovery, which can be a costly exercise. 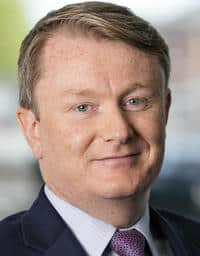 Thomas is a partner in our litigation & dispute resolution team and heads up our crisis management and white collar crime units. Thomas works with Irish and international businesses across all sectors, financial institutions and state bodies.