The High Court has delivered its first judgment on the “right to be forgotten” in Ireland. This follows the landmark decision of the Court of Justice of the European Union (CJEU) in Google Spain SL & Anor v AEPD & Anor (Google Spain) in May 2014.

In that decision, the CJEU found that, in certain circumstances, an individual has a right to request that links to personal information appearing in search engine results, such as Google, be removed. This has become known as the “right to be forgotten”.  On 25 May 2018, the right to be forgotten will be placed on statutory footing when the General Data Protection Regulation comes into force across the EU.

Details of the complaint to Google

Mr Savage ran in the local government elections in May 2014 in the Swords Ward for Fingal County Council. Some of the content of an election leaflet, which he distributed, sparked some debate on the discussion website Reddit.com. A contributor to the discussion uploaded the election leaflet with the heading “North County Dublin’s Homophopic Candidate”. This was followed by a number of controversial comments from other contributors. Mr Savage participated in the online discussion himself and objected to being labelled as homophobic.

In August 2014, Mr Savage complained to Google that when his name was typed into a Google search, the search results brought up references to the discussion labelling him as homophobic.

The information, which appeared in the search results, can be explained as follows:

Google responded to the complaint to say that as Mr Savage had run for public office, he had injected himself into the public sphere and so, the public interest in the information outweighed his privacy.

Mr Savage made a complaint to the Data Protection Commissioner (the DPC).

In her ruling of 26 March 2015, the DPC noted that, in November 2014, the Article 29 Working Party, the EU data protection advisory body, created a list of common criteria for handing complaints by European Data Protection Authorities in the wake of the Google Spain decision. The DPC found the following criteria to be particularly relevant to Mr Savage’s complaint:

Taking into account the above, the DPC dismissed Mr Savage’s complaint.

Circuit Court decision – Use of quotation marks or parenthesis

The Circuit Court allowed Mr Savage’s appeal. It found that while the fact Mr Savage was a public figure mitigates against the requirement to remove the information, the information must be accurate. The Circuit Court examined the URL title and found that it was not clear from the URL title alone that the original poster was expressing his/ her opinion. The Court was of the view that if the expression was to be one of opinion, at the very least, one would have expected it to be carried within quotation marks or parenthesis.

The judgment was appealed to the High Court.

The High Court noted that in overturning the DPC’s decision, the Circuit Court had not found any serious breach by the DPC of any legal principle.

The High Court also noted that Google does not carry out any editing function and that the information appearing in the search results are gathered automatically. It stated that to oblige Google to place quotation marks around a URL heading would involve an editing process, which was not a simple task and also not envisaged in the Google Spain decision.

Implications of the decision

The decision by the High Court is welcome news for search engines like Google. If the Circuit Court decision had been upheld, the entire processes used by commercial search engines would have had to be reviewed and this would no doubt have been very costly. It remains to be seen if Mr Savage will appeal the decision. However, as the right to forgotten will soon be on legislative footing, there is no doubt that this issue will come before the Courts again. 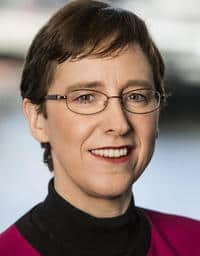 Maureen is partner and head of our technology & intellectual property team, and our data protection & freedom of information team. Maureen works with many of the world’s biggest domestic and global brands particularly in the food & beverage, technology & communications, pharmaceutical and retail sectors, SMEs, start ups, not-for-profit organisations and public sector bodies.