Spirit of competition in question in Irish whiskey litigation

The companies behind Wild Geese Irish whiskey have commenced a High Court action against the makers of Jameson Irish whiskey alleging abuse of dominance for refusing to supply them with whiskey in breach of EU and/or Irish competition law.

Refusals to supply by companies that are dominant in a particular market are prohibited under both Irish and EU competition law unless there is an objective justification for such refusal.

Andre Leve, CEO of Protégé International, has reportedly stated that “Irish Distillers has abused its dominant position in the Irish whiskey market. We have made multiple requests over the years to Irish Distillers for the supply of mature and immature Irish whiskey, which have been refused by Irish Distillers without objective justification.” Leve has also stated that the company entered into negotiations with Irish Distillers in 2001 which were ultimately fruitless as an offer to supply whiskey was allegedly made on condition that the Wild Geese brand would not be sold in the same territories as Jameson. On the other hand, Irish Distillers has issued a statement to the effect that Levy’s complaint about supply “has already been adjudicated upon twice over the last decade by the European Commission and in both instances were ruled in [Irish Distiller’s] favour”.

CCPC Guidance on Refusal to Supply

The Competition and Consumer Protection Commission (CCPC) has issued a guidance note on refusals to supply for businesses. The guidance emphasises that the purpose of competition law is to prevent harm to consumers by removing restrictions on competition, not to shield firms from more efficient or innovative rivals. It highlights that “firms may refuse to supply for all sorts of legitimate business reasons (eg non-payment for goods, unauthorised altering of goods, non-compliance with the firm's criteria for selective distribution, shortage of stocks, supply has been disrupted, etc)”. However, competition issues may arise, for example where a dominant company refuses to supply a business in order to stop that business from competing on price as this could ultimately lead to consumers paying higher prices.

Meanwhile, trouble is brewing in the craft beer market

In the same week that the owners of Wild Geese commenced litigation, allegations of abuse of dominance in the Irish beer market were made in the Dáil.

Allegations in the Dail

Where a company is dominant in a market, it has a special responsibility not to abuse its powerful market position by restricting competition. According to Minister Kelly, however, this kind of behaviour is happening “all over Dublin, all over the country”. In his address to the Dáil, the Minister said “the bottom line is that if this is not investigated, jobs will continue to be lost”.

This is not the first time allegations have been made about the anti-competitive behaviour of brewing companies. On 7 April this year, the Irish Independent published an interview with Grainne Walsh of Metalman Brewing in which she stated that “we’re getting feedback from publicans that says: ‘Look, I’m gonna take out your tap, I’d love to leave it in but I’m getting a cheque for €50,000”.

According to Minister Kelly, complaints have been made to the CCPC but the resources are not there to deal with the issue. 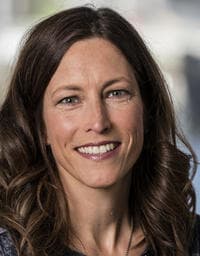