In litigation, the term “concurrent wrongdoer” is used to describe two or more Defendants who are responsible for the same wrongful act. Under the Civil Liability Act 1961 (the Act), it is possible to reach a settlement with one wrongdoer and then seek to recover the balance of loss from the other wrongdoers.

However, the High Court recently highlighted the importance of understanding the level of culpability of each concurrent wrongdoer before agreeing to settle with any single one.

These proceedings were brought by Defender Limited (Defender), a fund which invested $540 million with Bernie Madoff’s company. Because Mr Madoff was subsequently found to have operated the largest Ponzi Scheme in history, Defender suffered significant losses as a result of its investment.

In addition to claiming against Madoff's company, Defender sought damages from HSBC Institutional Trust Services (Ireland) Limited (HSBC) for negligence because of its alleged failure as the fund's custodian to properly monitor Mr Madoff and his company.

In 2015, Defender entered into a settlement agreement with Madoff’s company amounting to some 75% of its total loss. Defender sought the balance of its loss from HSBC in these proceedings.

In order to avoid the need for a 20 week trial, Judge Twomey proposed that a portion of HSBC’s defence be heard as a preliminary matter. If HSBC was successful, the proceedings would be disposed of in their entirety.

HSBC claimed that Defender could not pursue its claim due to section 17(2) of the act, which provides that, if a settlement (or using the phraseology of the Act "a release of, or accord with..") is reached with one wrongdoer, the claim against the other wrongdoers must be reduced by one of the following options, whichever is the greater amount:

In order to consider the extent of the reduction to Defender's claim against HSBC, the Court had to assess the contribution which HSBC could have sought from Madoff’s company, if the full amount of Defender’s claim had been paid by HSBC.

This was done by examining the level of blame attributable to each party.  HSBC contended that Madoff’s company was 100% culpable for the entire claim. Madoff's ponzi scheme amounted to the biggest fraud in history to date and it should follow that all culpability should be directed at Madoff, even if HSBC was negligent or in breach of contract. Therefore, option number 3 ought to apply to reduce the claim by that amount.

The High Court held that it would be an absurdity if Madoff’s company could not be said to be 100% culpable for Defender’s total loss. The Court was influenced by the criminal nature of the wrong by Madoff’s company as opposed to HSBC’s purely civil wrong. Because of that, the claim against HSBC ought to be reduced by 100%. Defender then had no claim against HSBC for the balance of its loss.

This case reiterates a very important point (which underpins key public law considerations taken into account in drafting the Act) and which should be borne in mind when trying to settle a claim with a concurrent wrongdoer.  If settling with a wrongdoer for less than the full value of the claim, it may not be possible to recover the balance from the other wrongdoers. 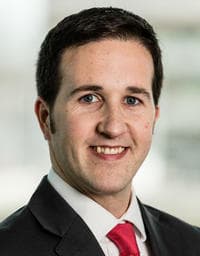