The commencement of the Companies Act 2014 (the 2014 Act) on 1 June 2015 brought with it a new priority regime for charges as well as new procedures for their registration in the Companies Registration Office (CRO). These changes have been designed to simplify the registration of charges and create certainty in determining the priority of charges.

Prior to the 2014 Act, for a charge to be validly registered, the relevant forms had to be physically filed in the Companies Registration Office within 21 days from the date of creation. Critically, it was the date of creation of the charge which determined its priority over any other security registered against the company, and not the date of its filing in the CRO. This left a potential gap where a lender who registered a charge believing it to be the first charge, could soon discover that this was not the case when a charge created earlier was registered afterwards.

All filings in connection with the registration of charges are now required to be filed electronically with the CRO using a ROS electronic signature and priority of security is now determined by the date and time of receipt by the CRO of a fully filed charge submission.

There is no change to the requirement to file details of the security within 21 days of its creation, and failure to do so has the effect of making the charge void against a liquidator of the company and any creditor of the company.

As well as the new mandatory requirement to electronically file details of charges with the CRO, the 2014 Act also introduced new procedures for the registration of charges. The first is a “one stage” procedure, which is similar to the old system, in that particulars of the security have to be delivered to the CRO within 21 days after the date of the charge’s creation.

The advantage of using the two-stage procedure is that it allows a lender to improve the priority of its security. Once the first filing has been made, it has 21 days to complete the process and will have priority over any other charges registered during that time, including those using the one-stage procedure. 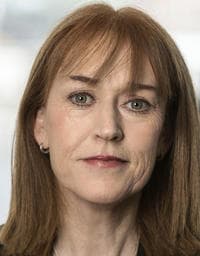 Pauline is a partner heading up our knowledge management team. Pauline and her team ensure our lawyers and clients are up to date on legal developments and trends. Her focus is on ensuring our collective experience and knowledge is shared across the firm and with our clients.