According to the digital currency site CoinDesk, more than US$2billion was raised in initial coin offerings (ICO) in 2017 and the trend is expected to continue.  This is the first of two articles looking at ICOs and their regulation.

What is an ICO?

An ICO is a way of raising capital.  A company develops and sells units of a new virtual currency (often called tokens) in exchange for fiat currencies or cryptocurrencies, in effect the company is crowdfunding using blockchain and cryptocurrency technologies. Tokens may also be issued as a reward for services provided to the issuing company eg promotion of a product.

Tokens can be divided into two types:

How does an ICO work?

ICOs are generally announced online. Typically the issuing company will publish a white paper setting out details of the project being funded, the economic terms of the issue and the timetable. Generally, a subscriber is required to transfer cryptocurrency to an online wallet or to the designated address of the issuer. In doing so, the subscriber accepts the terms and conditions of the offering. Tokens may also be issued as reward for other actions eg providing information.  Once the ICO is completed, the tokens are transferred to the subscribers’ online wallets or designated addresses.

The issuing company may have its tokens listed on a cryptocurrency exchange.

The EU Commission have committed to reviewing ICOs throughout the course of 2018, with a view to identifying whether specific regulatory provisions are required.  See here the Commission Fintech action plan, issued in March 2018.

See part two of this article about regulatory framework for ICOs here. 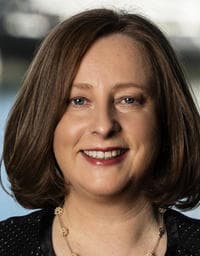 Máire is a partner in our corporate & commercial team. Máire acts for both investors and investees across all sectors including food, agri tech and med tech.

Máire has extensive experience in all areas of corporate law with a particular focus on shareholder relations, private equity and venture capital.

Máire also advises on the establishment of partnerships and partnership law.