Code of Practice for the Governance of State Bodies: Annex on Gender Balance, Diversity and Inclusion

The Code of Practice for the Governance of State Bodies (2016) (the Code) has been updated to take account of the recommendations of the Inter-Departmental Group on Gender Balance on State Boards, which were published in March 2019.

A key requirement of the Code was that appointments to State Boards should be made with due regard for the benefits of diversity and gender balance. In practice achieving such diversity at board level remains an ongoing challenge for many organisations including State Boards. The Department of Public Expenditure and Reform have now published an Annex to the Code dealing with Gender Balance, Diversity and Inclusion (Annex).

The Annex urges State bodies to lead the way in seeking to achieve gender balanced and diverse boards. It notes that the performance of a State body is measured not only economically but also by reference to its culture, inclusivity and diversity as well as the well-being of employees and stakeholders. The Annex states:

"Organisations that have an effective and inclusive culture demonstrate a commitment to high performance and public service values."

See our earlier article on the 2016 Code of Practice here.

View the Annex on Gender Balance, Diversity and Inclusion. 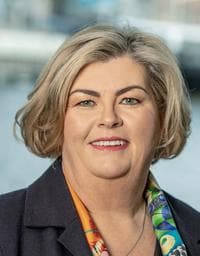 Imelda is a partner and Chair of Beauchamps.