Registration of Easements and Profits

When enacted, the Land and Conveyancing Law Reform Act 2009 (the 2009 Act) radically changed the way in which easements and profits-à-prendre may be registered under Irish law.

One of the purposes of the Act was to bring greater certainty to easement claims. These rights are acquired by long user over a substantial period of time.

What are Easements and Profits?

where a claim to an easement or profit à prendre is made in respect of land which was foreshore and has ceased to be foreshore but remains in the ownership of the State, the prescription period under the doctrine of lost modern grant shall be:

at the election of the person making the claim.

A State authority is defined under the 2009 Act rather narrowly as "a Minister of the Government or the Commissioners of Public Works in Ireland".

The Act has introduced many welcome developments and much clarity for the registration of easements and profits à prendre. 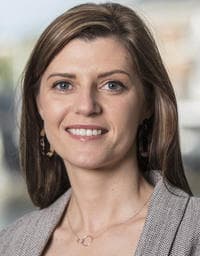 Anne is a partner in our commercial real estate team. Anne has a broad range of experience in all aspects of commercial property law, with a particular emphasis on investment acquisitions and disposals and property based lending.