Protected Disclosures ( Amendment) Bill 2022 - what does it mean for employers?

This Bill will give effect to Directive (EU) 2019/1397 on the protection of persons who report breaches of Union law (the Directive), which harmonises the rules for the protection of whistleblowers across the EU. The Bill, published on 9th February 2022, was debated at Committee Stage on 23rd March 2022 and has now moved to Report Stage.   There is no clear enactment date but given that there are still some significant legal issues to be considered by the Attorney General, before moving to final Dail stage and then onto the Seanad, it seems likely that enactment will be closer to Summer rather than Easter.

The Bill expands the material scope of the 2014 Act so that “relevant wrongdoings” that may be reported under the Act includes all of the EU laws listed in the Directive.  The Bill also expands the personal scope of the 2014 Act to include: volunteers; shareholders; persons belonging to the administrative, management or supervisory body of an undertaking; and persons whose work-based relationship is yet to begin in cases where information on relevant wrongdoings has been acquired during a recruitment process or other pre-contractual negotiation.

The Bill provides for amendments to section 6 of the 2014 Act concerning disclosures made to a persons’ employer. It provides that private sector organisations with 50 or more employees must establish formal channels and procedures for their workers to make protected disclosures, in accordance with Article 8 of the Directive. It provides for a derogation from this obligation for employers with between 50 and 249 employees until 17 December 2023 (as allowed by Article 26.2 of the Directive). It also provides that the Minister may, by order, reduce the threshold of 50 employees for specified classes of employers, subject to a risk assessment and public consultation and that the Minister can make an order setting out how organisations should calculate the threshold of 50 employees.  What is important to remember is that the protections afforded to workers under section 6(1) apply irrespective of the size of the organisation and regardless of whether the organisation has a formal reporting channel or not.

The Bill provides that all prescribed persons [as defined in the Protected Disclosures Act 2014 (Disclosure to Prescribed Persons) Order 2020 SI367/2020)] shall establish formal channels and procedures for the making of protected disclosures by workers in the sectors they regulate or supervise.

In all cases, the channels and procedures shall provide for acknowledgement of reports by a designated impartial person, within 7 days, diligent follow-up of the reports received, the provision of feedback to the reporting person within 3 months and communication of the final outcome of any investigations triggered by the report.

There is also a new section dealing with whether a complaint personal to an employee can constitute a protected disclosure. This new provision is designed to address the implications of the Supreme Court decision in Baranya v Rosderra Irish Meats [2021] IESC 77. In an earlier briefing we outlined how the Supreme Court's decision held that under the 2014 Act a complaint of a failure to comply with a legal obligation that is personal to an employee may be a protected disclosure. The Bill addresses this by excluding the following from "relevant wrongdoing" – a matter concerning interpersonal grievances exclusively affecting a reporting person namely grievances about interpersonal conflicts between the reporting person and another worker or a matter concerning a complaint by a reporting person to, or about, their employer which concerns the worker exclusively.

The exclusion of interpersonal grievances from the scope of protected disclosures is the legislature's attempt to deal with the recent Supreme Court decision. As it stands the provision arguably goes further than the Supreme Court's decision.  However, the Bill as currently drafted doesn’t deal with the broader public interest piece. In particular Charleton J raised a fundamental concern that the "thrust of the 2014 Act does not conform to what might ordinarily be considered to define a whistleblower as a public minded individual deserving of special protection". The Supreme Court noted it was implicit in the long title and general structure of the 2014 Act that the Oireachtas originally envisaged that most complaints would have a public interest aspect. However in analysing the definition of protected disclosure in the 2014 Act it found that it was capable of encompassing acts extending beyond matters with a public interest and could extend to complaints which are personal to the reporting person in the context of employment. This is in contrast to the position in the UK where it is explicitly provided that any disclosure should have a public interest aspect under their Public Interest Disclosures Act 1998.  The Directive also is premised on a public interest aspect.   The legislature was keen to close off this anomaly and now explicitly excludes personal grievances from the scope of the new Bill.

As the Bill stands the only public interest requirements for disclosures relate to disclosures made to a Minister and through certain other channels. It will be interesting to see if this aspect is subject to change as it makes it way through the legislative process.

The Bill provides that there is no obligation to accept and follow up on anonymous reports, but an employer may choose to do so. Where a whistleblower makes a disclosure anonymously and is subsequently identified  and then penalised for making the disclosure, they will be entitled to the protections against penalisation. In these circumstances, businesses need to exercise caution where they are faced with an anonymous disclosure. There is no substantive change to the current requirement to protect the reporting person's identity.

Enhancement of protections for workers

The Bill further enhances the protections for workers who suffer penalisation as a result of making a protected disclosure by reversing the burden of proof in civil proceedings, expanding the provision on interim relief to include forms of penalisation other than dismissal, and providing for criminal penalties for penalisation.

One of the questions that has arisen during the Committee stage is whether or not the revised legislation will be retrospective for workers who have reported wrongdoings and suffered penalisation before the Bill is enacted but who have not yet applied to the WRC or the Courts for protection. This is a significant issue that is still under consideration and will be debated further at the Report Stage in the Dail.

The Bill makes it an offence to:

Failure to comply with these offences attract significant penalties.

Employers, particularly those in the private sector, should start implementing whistleblowing policies now in anticipation of the introduction of the new enhanced regime. Employers should also ensure where they have appointed a person designated to receive protected disclosures that this person receives adequate training particularly in relation to the new prescriptive timelines for acknowledging and following up protected disclosures. 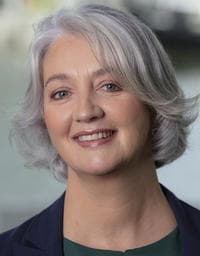 Sandra is a partner and head of our employment and benefits team. Sandra provides legal advice and business risk support to key clients, managers, directors, CEOs and Board members within the private sector and public sector across a range of contentious and non-contentious employee, governance and business-related areas and issues.