The Tyrrelstown Amendment – restrictions on terminating tenancies in multi-unit developments

One of the fundamental changes brought about by the Planning and Development (Housing) and Residential Tenancies Act 2016 (the 2016 Act) is the introduction of the “Tyrrelstown Amendment”. This aims to prevent situations where large numbers of residents in single developments are served with termination notices simultaneously by a landlord in order to sell the entire development with vacant possession.

This amendment follows the public outcry after the high profile attempt to terminate multiple tenancies in a development in Tyrrelstown, Dublin last year. The Tyrrelstown Amendment came into force on 17 January 2017.

Once a tenant has remained in continuous occupation of a property for 6 months, they will acquire security of tenure under Part 4 of the Residential Tenancies Act 2004 (the 2004 Act) – known as a Part 4 Tenancy. This type of tenancy will be of most concern for a landlord who wishes to obtain vacant possession of a multi-unit development as they will only be able to terminate the tenancy in limited circumstances. For further detail on Part 4 Tenancies please see our article here.

The 2016 Act introduces a radical amendment which will have a significant impact on landlords and in particular institutional landlords and investment companies who wish to sell multi-unit developments which are subject to Part 4 tenancies. The 2016 Act amends the 2004 Act to provide that where a landlord proposes to sell ten or more units within a single multi-unit development within a period of six months, that sale will be subject to the existing Part 4 tenants remaining in situ.

But there is an exception to this new rule where:

The 2016 Act does provide any guidance on what would be considered “unduly onerous” or “hardship” to a landlord and this is likely to be the subject of much debate.

The Tyrrelstown Amendment will apply to all Part 4 tenancies including those in existence prior to the commencement of the 2016 Act. However, the Tyrrelstown Amendment does not have retrospective effect and will not affect the validity of a termination notice served prior to the commencement of the provisions on 17 January 2017.

Over the last number of years, the obligations of landlords when terminating tenancies have become more and more onerous, so landlords should ensure that they consider all formalities under the legislation and ensure they are strictly adhered to.  Where proper procedure is not followed this could significantly delay the termination of the tenancy and frustrate any future sale of the property. Legal advice should be sought in advance of any steps towards terminating tenancies in a multi-unit development in anticipation of a sale. 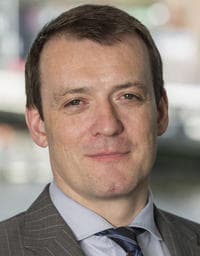