The High Court recently ruled that a receiver (the Receiver) did not have a “strong and clear case”  that he was validly appointed in circumstances where the Deed of Appointment appointed him as ‘receiver’ and the Deed of Mortgage on foot of which he was appointed referred to the appointment of a 'receiver and manager'.

The Receiver issued proceedings for the possession of lands and sought an injunction restraining the Borrower from doing anything to prevent him taking possession of the lands. Mr Justice McDonald (McDonald J), relying on the Supreme Court decision in Maha Lingam v Health Service Executive, held that the Receiver had to establish to the satisfaction of the Court that there was a “fair question to be tried” and that he had a “strong case for possession”.

Right to appoint a receiver

The first question to be addressed by the Court was whether Ennis Property had the power to appoint the Receiver.

McDonald J looked at the evidence before him and found that there was a strong case to be made that Ennis Property had the right to appoint a receiver. McDonald J stated that there had been a clear failure to pay monies due under the loan facility and there was a strong argument that Ennis Property was entitled to serve a letter of demand on the Borrower.

The Borrower had argued that the letter of demand was invalid on the basis that the amount claimed by Ennis Property was overstated. This argument was rejected by McDonald J who took the view that an overstatement of the sum due would not invalidate the demand. McDonald J was satisfied looking at the Mortgage and the circumstances of the case that the right of Ennis Property to appoint a receiver had become exercisable.

Validity of the receiver's appointment

McDonald J ultimately agreed with the Borrower stating that, on the basis of his analysis of the language in clause 9 of the Mortgage, it seemed to follow that unless the Receiver was appointed as receiver and manager, he could not exercise the power to take possession of the lands. McDonald J held that the Receiver would have an “uphill struggle” in persuading a court at the trial of the matter that he had been validly appointed. Accordingly, the Receiver’s application for an injunction was refused.

Lesson to be learned

This decision was made in the process of an interlocutory application and we wait with anticipation as to whether the court at the trial of the action will agree with the views of McDonald J.  However, the decision is a warning to lenders seeking to appoint a receiver to ensure that they review the underlying financial documentation and strictly comply with its terms when appointing a receiver. What may appear to have been a minor drafting error in this instance has resulted in great difficulty for the Receiver and lender in dealing with the Borrower’s assets. 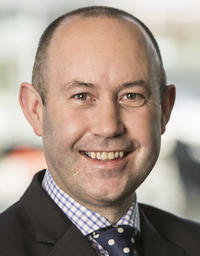 Maitiú is a partner in our commercial property team. Maitiú works with a wide range of public, private and institutional developers, lending institutions, local authorities, housing bodies and commercial/retail landlords and tenants, in the areas of commercial property, property based insolvencies and non-contentious construction law.